2021 - Paschal Taute is appointed as a director to the board, representing the Employee Trust.

2020 - Hannes Sliep is appointed as a director of Isipani Construction on 21 January 2020. The company becomes ISO 14001: 2015 compliant. The World Health Organisation declares the COVID-19 outbreak a global pandemic in March 2020. Jandré Arangies’ employment at Isipani comes to an end on 21 October 2020.

2017 – 2019 - The offices have now grown from a single office and tearoom in 1973, to an office block with 37 offices, three boardrooms, a large entertainment area, and three archives. Weyers Willemse retires on 31 December 2019. Construction starts on Woodstock Quarter (2017–2019) in Cape Town. It is the company’s second largest contract by value. The company becomes a member of the South African Institute of Architects.

2014 - Gizelle Frans and Ray-Ann Sedres are appointed as directors of the board on 18 July 2014; being the first female directors. Gizelle is appointed to represent the Employee Trust and Ray-Ann the Foundation. The company becomes a member of the Cape Chamber of Commerce and Industry. The company completes its largest civil engineering contract: eleven 40 m high grain silos for SASKO Mill in Malmesbury. The company receives a certificate from MBA Boland for 60 years’ membership, and its first BBBEE Level 3 (Generic Scorecard, Construction Charter) Verification Certificate.

2008 – 2010 - The company commemorates its 50th Anniversary with a function at Nooitgedacht, Stellenbosch. Rinus van der Sluys resigns in 2010 and the company’s name is changed to Isipani Construction (Pty) Ltd. Jandré Arangies is appointed as the company’s new managing director on 1 July 2010.

2005 - 2007 - The company celebrates its 45th Anniversary in 2005. The construction of the 22-storey Hibernian Towers (2006–2009) in the Strand is the company’s largest contract to date and its highest building.  The company is nominated for a third time as one of South Africa’s Top 300 Companies for 2005/2006 and as one of South Africa’s Top Performing Companies for sustained excellence in corporate performance (2007).

2004  - Hans van der Sluys retires as a director of the company on 1 March 2004. Alex van der Sluys resigns as director on 30 September 2004. AAT Reyneke also retires on 30 September 2004. Rinus van der Sluys becomes the company’s managing director on 3 February 2004. He is supported by Weyers Willemse (procurement director), Jandré Arangies and Jacques Wilken (contracts directors), and Human Naudé (commercial director). Master Builders South Africa (MBSA) is launched nationally, and the company becomes a member of the MBSA. MBA Boland awards the company for 50 years’ membership. The company is nominated for a second time as one of South Africa’s Top 300 Companies for 2004/2005 for its contribution to the growth of the economy and job creation.

2001 – 2003 - The company registers with the National Home Builders Registration Council in 2001 (NHBRC). Jandré Arangies is appointed as a contract director and becomes a shareholder in 2002 and the company becomes a member of the MBA Cape Peninsula (later MBA Western Cape). The company is nominated as one of the Department of Trade and Industry’s Top 300 companies in South Africa for 2003/2004.

2000 - Jacques Wilken, Human Naudé and Weyers Willemse become directors of the company on 1 January 1997. The company buys its first self-erector crane in 1998. The company celebrates its 40th Anniversary on 8 March 2000.

1996 - In November 1996 the Van der Sluys brothers sell 49% of their shares in the company to AAT Reyneke, Jacques Wilken, Human Naudé and Weyers Willemse. A decision is made to phase in a new company name, Isipani Construction.

1994 – 1995 - The company becomes one of the first construction companies in South Africa to implement a broad-based profit-sharing scheme for all permanent employees. The first profit-sharing payment by way of the ITISA Bonus Scheme is made on 4 November 1994. The company receives the Paarl Business Chamber Businessperson of the Year award for 1995 for excellent service rendered to the business sector.

1993 - For the first time in the company’s history a non-family member, AAT Reyneke, becomes a shareholder and director. Interdependence and Transformation in South Africa (ITISA) facilitates the implementation of a scheme for profit sharing and worker representation. The company’s first ITISA committee is elected in August 1993. The first issue of Isipani’s staff newsletter, Ons Thina, is published.

1990 – 1991 - The Söhnge project in Worcester wins the Interbou Building Quality Award for exceptional workmanship and craftsmanship. The company celebrates its 30th Anniversary in 1990. Employees select Teamwork builds Quality as the new company slogan. The founder of the company, Jan van der Sluys, passes away on 5 October 1991 at the age of 81.

1986 – 1989 - The company’s first official staff meeting takes place on 26 November 1986. National Building Regulations are introduced throughout the country. The six-storey administrative block in Breda Street, Paarl was the company’s largest project to date.

1983 – 1985 - J van der Sluys (Pty) Ltd commemorates its 25th Anniversary in 1985. Jan van der Sluys retires as chairman and director on 1 August 1983. Hans van der Sluys becomes the new chairman of the board of directors. During 1985–1986 the building industry experiences one of its deepest recessions to date.

1971 – 1974 - The company buys Erf 10791 in Paarl’s new industrial node in Dal Josaphat from the municipality on 31 October 1971. A workshop, with a small reception area, a single office, and a separate storage shed are constructed on Erf 10791 in 1973. The company moves its offices and yard from the Benbernhard Estate to its present-day premises in Dal Josaphat at the end of 1974.

1965 - 1966 - Atlanta Flats, a 40-apartment building, is the company’s first venture into project development.

1960 - Jan van der Sluys’s business becomes a limited company. A Certificate of Incorporation is issued by the Registrar of Companies on 8 March 1960, and the business starts trading as J van der Sluys (Pty) Ltd on 1 July 1960.

1954 - Jan van der Sluys builds a new family home and a workshop for his business on the Benbernhard Estate on the outskirts of Paarl. He has six workers on his payroll. He also becomes a member of the Boland Master Builders’ Association. Jan van der Sluys places his first advertisement in the Paarl Post of 23 December 1954.

1948 - Jan van der Sluys and his family arrive in Cape Town on 6 January 1948 from the Netherlands on board the SS Sibajak. The family moves to Paarl where Jan is employed by C.P. Ter Voor Builders. 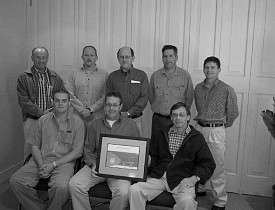 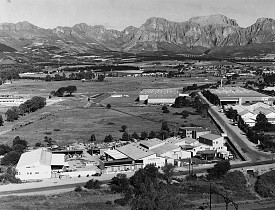 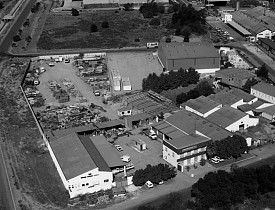 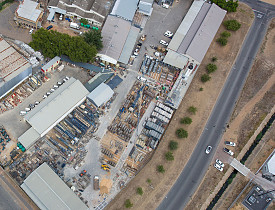